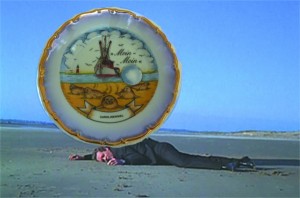 This show takes its name from an episode of The Prisoner, a 1967 cult British television series about a British former secret agent who is held in an isolated mysterious coastal village resort, where his captors try to find out why he abruptly resigned from his job.

The Village acts as a microcosm for our various government territories with their own jurisdictions and means for maintaining authority and control. The main work takes its name from the show’s title, MANY HAPPY RETURNS, and extends this notion in an expanded time/space analogy to include many places and political situations in a series of over 25 tourist plates bought from the neighbouring Mauerpark markets. They depict sites of the Global North where global power with its corresponding privilege has been concentrated since the Industrial Revolution. Each are painted to include the Village’s monitoring and security force, a balloon-like device called Rover, that behaves as if it were a self-aware entity. 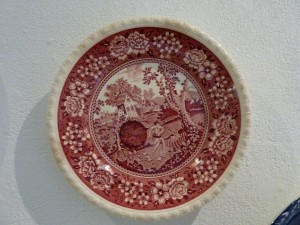 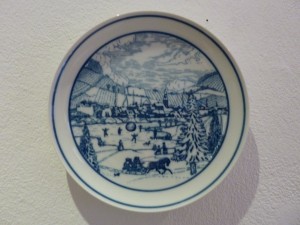 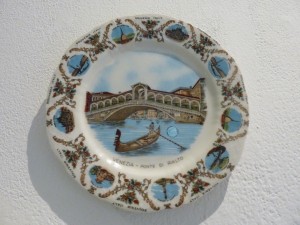 Rover recaptured those who attempted to escape and could incapacitate through blunt force impacts or through suffocation. The video installation in the show presents a slowed down version of someone suffocated under Rover, and presents a stark contrast to the Rover as a giant balloon serenely invigilating the gallery space. 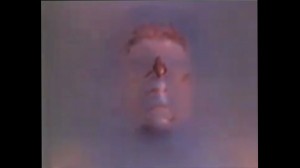 Rover strategically helped maintain the people’s role in their own self-government, allowing for the construction of auto-regulated or auto-correcting citizens. Foucault describes this process as governmentality, which refers to a variety of historical periods and to different specific power regimes in relation to the calculated means of directing how we behave and act. Power is de-centred and the knowledge produced means members play an active role. Oestreich (1992: 156) outlines that police is not simply a form of the ‘regulation mania’ of police but is identical both with the government and with the object and nature of the community as a whole. 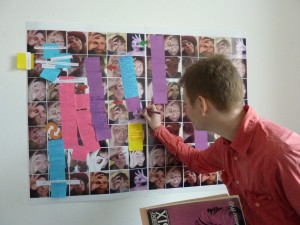 Each of the plates includes a short text to provide a local example of how a past or present administration has exerted power either positively or negatively in the interests of citizen individual rights and the collective commons. In some instances an example of valuable creative resistance has been mentioned instead. These examples are taken up as possible end points to the collaborative work BE SEEING YOU made with sociologist Dr Sacha Kagan, who I invited into the challenge to provide systems thinking and ‘sustainability science’ methodologies to map the complex Village situation in an attempt to assist The Prisoner to escape.

Drawing from the work of Bruno Latour, in an article written about the show, Dr Kagan discusses how the TV series critiques the illusions of ‘freedom’ as emancipation from attachments. “Freedom from is inseparable from power over. If we take this seriously, then we shall also relinquish ‘freedom from’, and instead rethink what could be a ‘freedom with’. This is not a freedom of emancipation, of independence, but a freedom of interdependence, a freedom to re-attach ourselves. ‘Freedom with’ lies not in escaping from the village, but in transforming what happens both inside the village and in the relations between the village and the world system in which it is embedded.” The full article can be read at Cultura21. The exercise is done on a mosaic of portraits where Villagers signal the gesture that accompanies their farewell BE SEEING YOU. 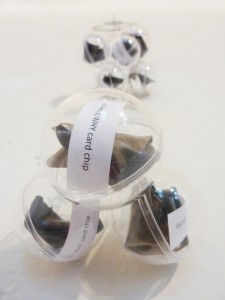 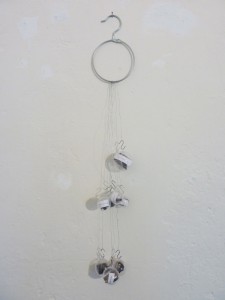 Another work focuses on issues relating to education, where Villagers can obtain a university level degree in 3 minutes when wired to a giant computer.  The Prisoner is invited to ask the computer a question that he believes it cannot solve. He types the question W-H-Y-? onto a metal card and when he inserts it into the computer it self-destructs. This work takes it name from the question and like the plate project, is presented in a tourist junk culture response, where the broken chips of the metal question card are presented as small trinkets as can still be found at Mauerpark’s markets with the overpackaged chips of the neighbouring Berlin wall.