ARTnode documentation has been shown at the Mezzanine Gallery Ourimbah, Art First Mt Penang Institute of Contemporary Art Mt Penang, and screenings of the video have been included in the Superfest Festival California and the Picture This Film Festival Canada.

Cindi Hankinson, an Occupational Therapy honours student, conducted research with participants to investigate the relationship between community creative activity and health where people were engaging in a community project rather than activity in a therapeutic context. Three main themes were identified from the data; ‘being engaged in creating’, ‘creating a stronger sense of self’ and ‘developing connectedness with others’. These themes indicated creative activities provide unique experiences of absorption through creative engagement, choice through creation and the expression of identity. Additionally, they provided opportunity for connectedness with others. These experiences, in turn, enhanced participants’ sense of control, self-esteem, identity, enjoyment and motivation as well as capacity to cope with stress, pain and negative emotions. 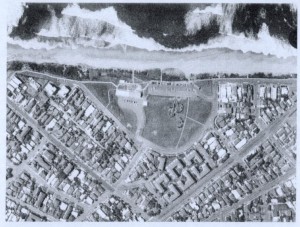 ARTnode was a community collaboration aimed at restoring a degraded beachside park. Negotiation for this site was the first time the Awabakal people had been asked permission to use their land. Trees in Newcastle, a landless Landcare group, were also provided with access to council managed land for the first time. The wide-ranging support applied pressure to Newcastle City Council that resulted in the Public Art Advisory Committee being restructured to include practising artists, a public art position being created and the Access Committee was given a more formal role in the development of new Council initiatives. The project was realised on the grounds of the University of Newcastle.