‘Singing in tongues’ sung by Jo Truman with electronics improvised by Jean Schwarz.

Pick-up-needle-bottom-of-sea performs an apology to Iraq as a participant imagining of a water-energy postal system in the creek that cuts across my backyard down through rivers to the sea. The work responds to French-Swiss filmmaker Jean-Luc Godard’s description of how America wanted to take control of the Chaldean writing system, the birth of writing, as its motivation for targeting Iraq, which led to the US-Australian-British-led invasion. The theft of the Gilgamesh tablets during the war and their relocation to Washington’s Museum of Bible entangles this drive further. In our ice-book form’s floating creekline release, the Christian bible melts away.

“[It was] because in their heart-of-hearts, their inner fortress, they wanted to take control of the Chaldean writing system…the birth of writing. They didn’t know that and if we told George Bush about it he wouldn’t deny it, because he wouldn’t have a clue what we were talking about.“(1) 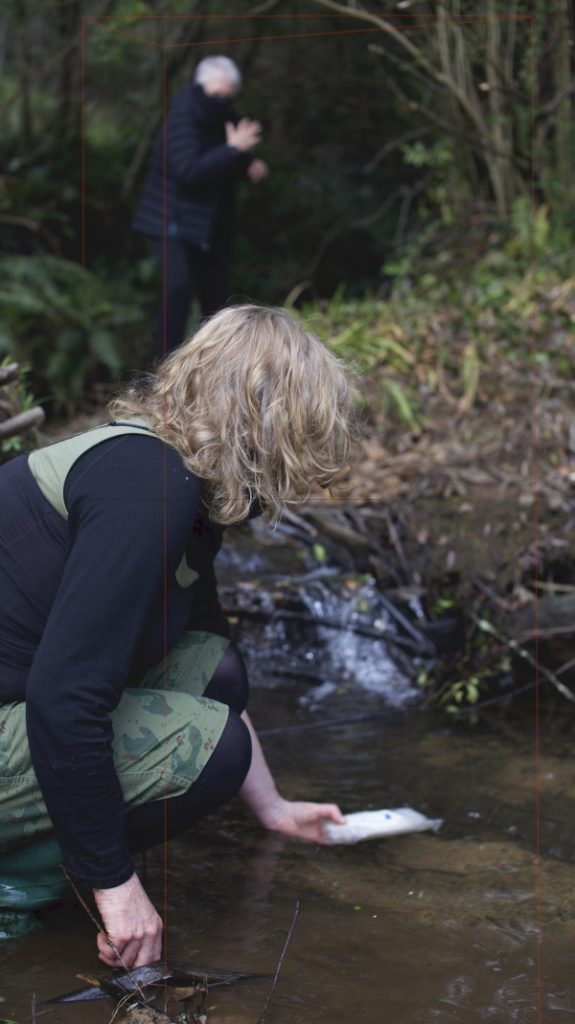 We use the performance to send a communique(2) as an apology for our role in the invasion’s destruction of true histories, homeland keeping places and original cultural sites and artefacts(3), and as a tribute to the authors acknowledged in Godard’s insight. Inside a book-shaped block of ice imprinted with a Christian cross is a clay tablet inscribed with the Mesopotamian-invented cuneiform pictograph for shrouded body, repeated in a pattern with rosettes from the Royal Game of Ur. The board game’s rosette had some function as squares to be avoided as they may return the counter back to the start or require a player to pay a fine into a pool of betting money.

In the centre of the matrix  is a bottle, given form with frozen human milk and a blue cap, a version of the small bottle US-Foreign Secretary Colin Powell touted in the UN Security Council in 2003 as being filled with anthrax  to ‘legitimise’ the invasion of Iraq. The real facts, imaginative and horrific narratives of the work all at once point to the trickery and deception at the core of US-led warmongering games; and the resultant human, environmental, cultural and economic costs.

Godard’s focus on the written word can be extended in another direction that contributes to the American control-taking attempt he describes. Gilgamesh’s epic adventure, He Who Saw the Deep (now known in English texts as The Epic of Gilgamesh), was charted in the first cuneiform tablets. Gilgamesh is above all, about humanity’s eternal struggle with the fear of death and the path to wisdom.(4) Playing games within America’s  fundamentalist Christian-led powerbase, is the fact that these groups stole Gilgamesh’s story and claim it as their own true biblical events. Knowledge of this lie must also be contained and maintained within America’s ‘heart-of-hearts inner fortress’. 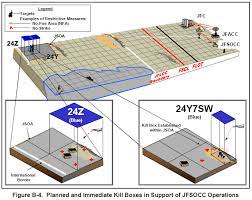 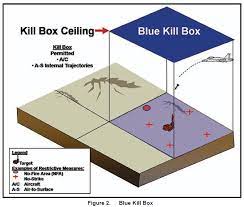 We had hoped to takes audience participants into lighting and laser installations, including three-dimensional volumetric coordinate spaces, to reference the war’s Kill Box technology. However, at this stage due to COVID and other factors, in this scaled-down presentation we manage a trace of this idea as a thin red line laser box in the performance photograph. Australians operated the Kill Box technology, which when used rendered UN war operation conventions impossible to follow, and like all drone warfare, results in the murder of civilians.(6) 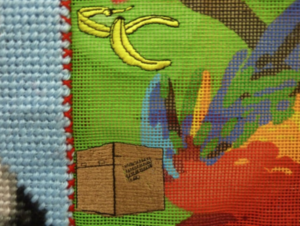 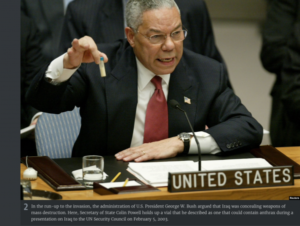 As part of the initial devising of the work, materials inserted into the ice-form point to remediation hopes relevant to our local watershed system. The human milk in our bottle conjures the now depleted platypus population, whose mothers release milk through pores in their chest for the young to drink in a way as if they are drinking from a cupped hand(9), and as the liquid that nourishes and unites all peoples on the planet. Also, the unbaked clay references its future value as a dispersed layer of protection, with its properties assisting the creek’s bed to be more durable against wind-based erosion.(10) In Iraq it could also perform a superficial remedy for the bomb-poisoned water.(11)

(2) A communique is used in this work to speak to what French philosopher Gilles Deleuze decribes as the ‘order-word’, which has become the official language  of our securitised worlds. ‘Police declarations are appropriately called ‘communiques’. Information is communicated to us, they tell us what we are supposed to be ready to, or have to, believe, or to believe what we are bound to believe. And not even believe, but to act as if we believed. We are not asked to believe but to behave as if we did. That is information, communication. And independently from these order-words and their transmission there is no communication, there is no information. This is the same things as saying that information is exactly the system of control. In other words, informing means circulating an order-word.’ Gilles Deleuze on Cinema: What is the Creative Act (English Subs), Conference Mardis de la Fondation, 1987.