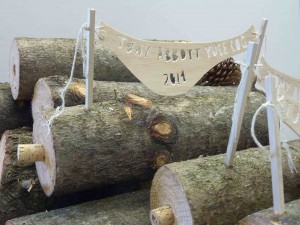 rituals. These logs were used in an event attended by over 100 people iin Clandulla for the Cementa_15 Festival in Kandos, April 2015. An Artlink article contextualises the work within the broader festival event called Solastalgia.

Solastalgia  involved the Wollar community, Mudgee District Environment Group and Wollar Progress Association led by Bev Smiles and targetted protest against the specific policies of the Australian government in relation to coalmining. US-owned Peabody International, the largest coalmining company in the world, own the Wilpinjong Coalmine that aims to expand its activity at Wollar that is already at the township’s doorstep. 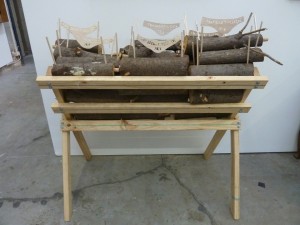