This work includes documentation of a funerary performance on the Tribal Warrior boat at Farm Cove Sydney held with members of the Pacific Island Mount Druitt Action Network and other Pacific Islander Australians. Shown on multiple computer screens inside the boat as part of the performance, participants share their understandings and hopes about climate collapse tide rising impacts to their homelands. Animation sequences of the melting ice forms are shown on the second screen. Exhibited  in Sydney, Canberra, Chile, Bulgaria and the United Kingdom as outlined below.

Tied, Mayday 2006 was made in response to the issue of the rising tides on the low-lying Pacific Islands. It was an event held on the Indigenous owned fishing vessel the Tribal Warrior, which culminated in a funerary performance at Farm Cove where frozen saltwater sculptures were melted into the ocean. Varying in opacity, spiral ring and circular shapes bobbed up and down in the waves, relating quite literally to our unstable frozen water reserves, and their gentle melting and washing away triggered notions of temporality, erasure, loss and memory. A banner was made for the work that was the Sydney contribution to the opening event for the London Biennale. Five grey pixilated pyramids overlaid with wave patterns represent the five most vulnerable Pacific Islands identified by Pernetta (1989): Tokelau, Marshall Islands, Tuvalu, Line Islands and Kiribati.

The video monitors housed in the boat included personal responses to a proposed future of cultural disconnection through large-scale displacement, by members of the Pacific Island Mount Druitt Action Network and Islander workers at the Sydney Fish Markets who watched the four month parade of buckets to the freezer rooms. Tied was begun around nine months before Al Gore popularised global warming and so for some participants including myself, the project brought personal awakenings about the widespread devastation to human populations and ecosystems. Tied’s participants spoke about the neglect by the international community in their time of need, which is rooted in the lack of value of the Islands in western economic terms. They are non-viable, being heavily dependent on remittances, aid and development monies for present survival. Connell and Roy outline that this dependence on outside sources of financial assistance is a consequence of the western-style economic structures that developed pre-independence that have continued into the post-independence era due to a lack of available alternative modes of development, rather than through active choice and decision on the part of the Governments concerned.[1]

Concerns were expressed about neighbourly relations given Australia’s record of refusing refugee status, as well as the treatment towards those who had become refugees. Some participants saw the video project as a means to not only articulate a voice, but also potentially find a larger audience involving individuals who may be in a position to assist.

In cultural terms the Pacific Islands contain a disproportionate section of the world’s cultural and linguistic diversity. Pernetta states that over a third of the world’s languages are spoken in four countries in Melanesia (Papua New Guinea, The Solomons, Vanuatu and New Caledonia) and each island group is home to distinctive human cultures, having their own social and cultural mores, dance, dress, traditional knowledge and technologies. He believes that to preserve such ethnic diversity following migration to a larger developed and more culturally uniform society would be difficult, if not impossible.[2]

Tied’s audio installation heard on all areas of the boat included the slow gush of crashing ice sheets and the occasional sound of the boat’s engine being ‘kicked-over’, to draw attention to the conundrum of general daily fossil fuel consumption and artist attempts engaging with reducing carbon footprints.

2. Pernetta, John, J.C. (1989), Cities on Oceanic Islands: A Case Study of the Republic of Maldives. In Frassetto, R (ed) Impact of Sea Level Rise on Cities and Regions. Proceedings of the First International Meeting ‘Cities on Water’ Venice, December 11-13 1989. 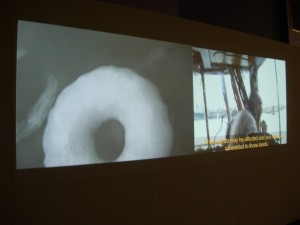 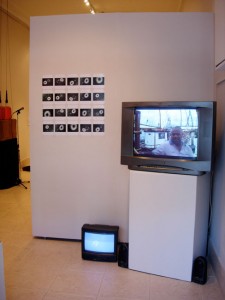 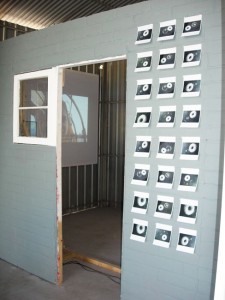 In 2006 the work was shown at the Liverpool Biennial and London Biennale-Arcadia Stables Gallery UK, The End of Dollar Hegemony-Loose Sydney, Greenpeace Art 4 Action Changing Nature-Darling Park Gallery Sydney. In 2007 the work received the Phoenix Spiritual Prize for Art Highly commended award-ANU School of Fine Art Gallery Canberra, and was also shown at Gallery Metropolitana-Santiago, Chile and Is It Getting Hotter in Here?-At the Vanishing Point Sydney.